What Makes a Film a Classic 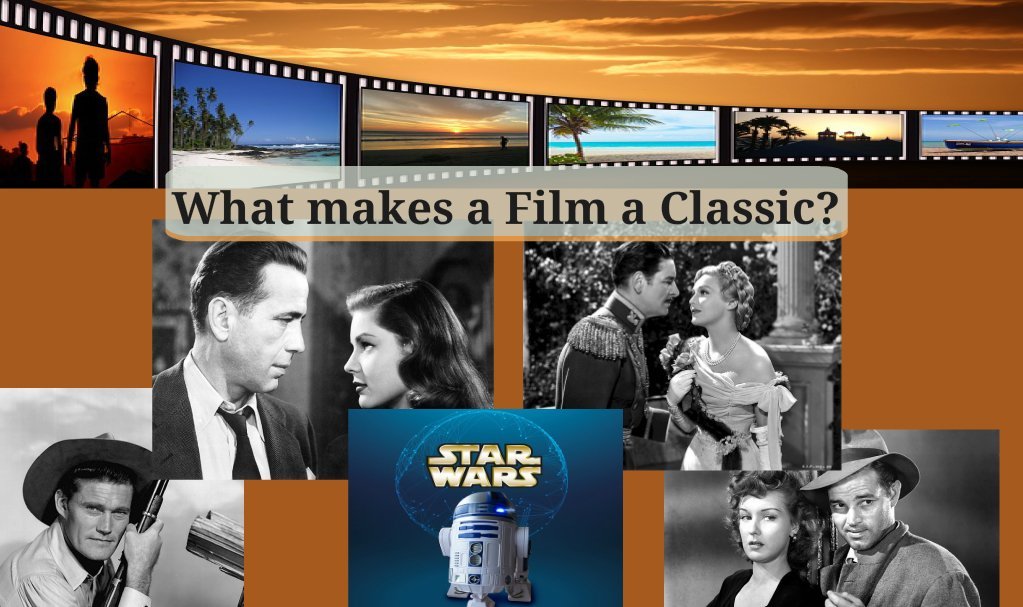 I don’t know about you but I get really peeved when people use the word ‘classic’ as a synonym for ‘old’ or ‘dull.’

People arguing against the inclusion of classic literature in English courses invariably infer that if a text is a classic then it is old and irrelevant. This is simply not true of course. It is not even logical. After all we can talk about ‘classic’ cars and ‘classic’ fashion, none of which is either old or boring.

We also talk about classic films and film has not been around for a particularly long time.  So what makes a film a classic? What are the elements that we look for when we are deciding whether a film, or any work really, can be added to the classic cannon. Here are our thoughts.

Universal themes are themes which have meaning in vastly different times and places. We are not talking about plot here. The plot is just what happens, it is not what the film is about. The plot for Shakespeare’s Romeo and Juliet presents a couple of teenagers in ancient Verona in the middle of a persistent family feud. What it is ‘about’ is adolescent passion, family, the damaging effect of social rivalries and the sad truth that children are often the main victims of adult pig-headedness.

Universal themes are usually connected to the human condition. They address issues that are recognisable to people from every race, creed, or time.

Events in the film have to  make sense in the context of what is happening.  It can do this in the following ways:

If it is not based on actual events where the ending is known, then a good film will often have an ending which may be unexpected or surprising.

A classic film will always have rich and layered characters. No mere stereotypes, unless they are there for a purpose. That purpose is usually to deride them.

What is more, the characters will develop through the course of the film. They will grow and we will see many facets of them. Most importantly, not even the best of them will be shown to be perfect.

The Actors are Believable

Great acting, where the actor ‘becomes’ the character, is essential for a ‘classic.’

These classic films are not easily remade because the lead actor is so completely associated with the story that to see someone else in the role is difficult. One only has to think of Gregory Peck in To Kill a Mockingbird. Peck’s Atticus Finch is so iconic that it is not possible for many of us to think of the actor and the character as separate entities. A more modern example of this is Tom Hanks as Forest Gump.

On the other hand, an actor who over emphasises their acting to the point where we notice they are ‘acting’, will certainly lessen the credibility of the film.

These are films with scenes or characters which are remembered long after we have watched the film.

Examples are Forest Gump, The Matrix, Rocky, Star Wars and Mrs Doubtfire. Not only are characters memorable; think Darth Vader, Yoda, Neo but lines of dialogue from these films have taken on a life of their own.

Classic films will have scenes which may cause us to be so happy, frightened or saddened that we never forget them. They stay impressed on our memories. The sharks in Jaws, or the dinosaurs in Jurassic Park are examples of this. The death of Bambi’s mother is another. On the lighter side think of Mr Miyagi teaching Daniel San ‘wax on, wax off.’

The Film Changes us in Some Way

These are films which have such an impact on us, that they change the way we think about things or see things. They may even cause us to act differently.

For me some of these are:

These films may make us kinder, they may cause us to be frightened or they may inspire us to do something.

The Film is a Cinematic Milestone

These are the films that change the very way we think of film. They are so original that they influence the way other films are made. Often they lead to remakes, copies or sequels. They can become a franchise.

They may be the first to use particular special effects or colour treatments. Titanic, Jurassic Park and The Matrix all fit in that category. One of the earliest and most famous of these was  Sergei Eisenstein’s Battleship Potemkin in 1925. Eisenstein’s particular use of montage to build tension was revolutionary in the fledgling film industry.

Significant films in this category may deal with taboo subjects like racism, AIDS, or domestic violence. Think Mississippi Burning, Philadelphia, To Kill A Mockingbird, The Burning Bed and Provoked.
They may also deal with uncomfortable truths from our past like Rabbit Proof Fence.

Some Lists of ‘Classic’ Movies

A movie doesn’t have to be old to be classic. Just like with novels, new films are being made which over time will be entered into the ‘classic’ cannon.

Here are a few lists that you can look through to see what films are considered to be important.
http://www.imdb.com/list/ls000207697/
http://www.businessinsider.com/20-modern-classic-movies-everyone-needs-to-watch-in-their-lifetime-2016-7/?r=AU&IR=T/#2-bowling-for-columbine-2002-2
https://www.rottentomatoes.com/top/bestofrt/top_100_classics_movies/

If you are reading this on our blog why not pop over to the facebook group and join the conversation. You can do that here.

If you would like some more resources for teaching film we have a couple of useful packages. You can find them at the links below.

The complete package for teaching film
A brief introduction to Film